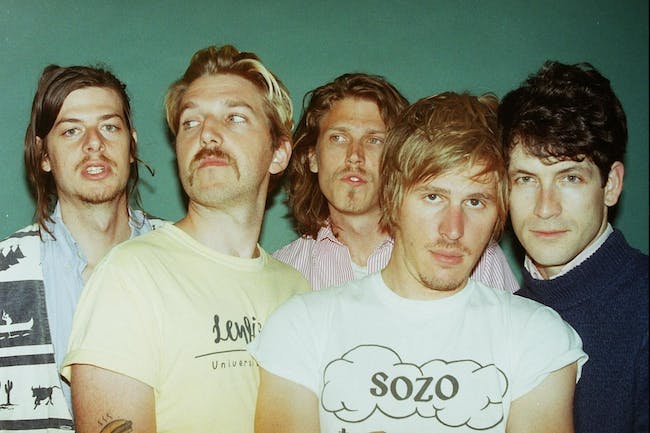 Featured #2 on podcast "Who Charted?", Spooky Mansion is compared to Vampire Weekend, Rolling Stones, and Alabama Shakes and described as "relevant, upbeat, fun and dancy". Spooky is 5 friends from SF and LA who came together by night in an old Surf Shop to rehearse and work out their unique mix of surf, soul, and rock n roll. They give raucous and rhythmically driven performances full of contagious good vibes and an overwhelming feeling that everything is totally 'Alright'. They've had opportunities to play with grammy award winning artists such as Cafe Tacuba and Natalia LaFourcade and play stages up and down the West Coast and through out the South West. Now based out of LA they are currently working on their second full length album and will be hitting the road harder than ever.

Andy Pankakes is a maverick in his field. His infectious energy and melodies will have you on your feet singing along and leave you squirming on the floor in laughter and tears. Seemlessly blending an eclectic mix of genre from Soul/Funk/Hip-Hop/R+B to Folk/Americana to good ol' Rock n' Roll, Mr. Pankakes has created his own sound which he dubs "Breakfast Music." It's music you want to wake up to, then eat for lunch and dinner. Carefully crafted guitar lines dance between syrupy keyboard harmonies, funky bass thump and smooth buttery drum grooves.

Monkeyhands is a six piece rock band known for its infectious energy and inventiveness, pulling from such diverse genres as Funk, Ska, Blues, Reggae, Rockabilly, and Folk