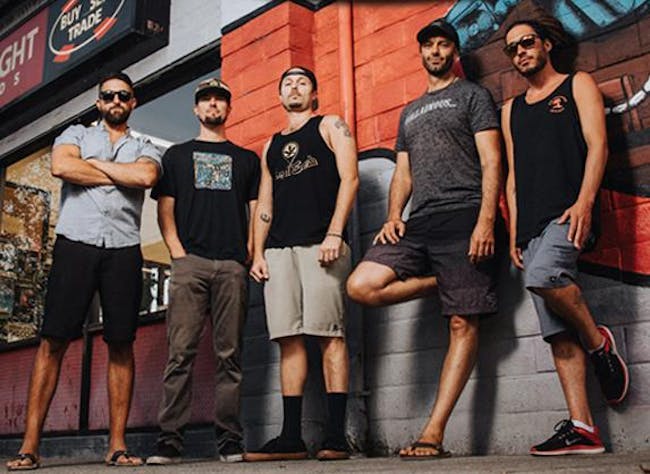 SOULWISE Reggae/Rock band from Santa Cruz, CA. Cousins Sean (Vocals/Guitar) and Kevin Eichhorn (Vocals/Keys) began jamming in local garages at age 10. Music was deeply rooted in their family and the thought of forming a group was inevitable. Influenced by the surf rock scene of Santa Cruz, classic rock, and reggae music, they began to compose their own original music at an early age. In 2014, while both training for professional baseball, Kevin and good friend Adrian Jerome DeMar (Bass) would reconnect and the band began solidifying a path of music. The group fuses together steady and mesmerizing reggae grooves alongside flares of heavy rock and shredding lead guitar. Soulwise features a deep rhythm section of bass, drums, keys, guitar and horns. Lyrically, the songs of Soulwise are born from life experiences, inspirations, and good times that provide listeners with a dynamic mood.

In 2015 the group released their first EP "Talkin' Bout Love" that debuted at #12 on iTunes reggae releases and their recent first full length album "Good Day" debuted at #3 on iTunes reggae charts in December 2017. They have played in numerous festivals; Santa Cruz Music Festival, CruzFest, Ink at the Bay, Redwood Mountain Faire, as well as played up and down the California coast. They have also supported Jamaican greats Don Carlos, Warrior King, Jo Mersa Marley, and have shared the stage with Josh Heinrichs and Skillinjah.

In 2019, Soulwise aim to continue touring and making the music they love, and look forward to the new friends and experiences that the gift of music brings.