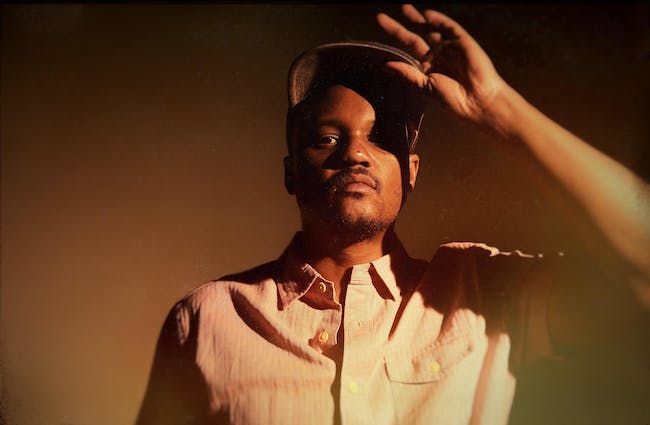 What is the new magic of music? If you trace the path of a plan back to its beginnings, what do you find? Is it a tree, growing from seed with deep roots planted in fertile soil, branches arcing out in all directions? Or a spark in the dark, an electrical charge? Is it a waterway, with swirling currents raging to create a river? Or is it a snowflake, falling from on high and dropping down to earth with a singular splash?

For Son Little, the genesis of a musical idea—the magic—remains largely a mystery. But his kinetic ability to summon that energy all the same, to command it, hold onto it, and set it in motion, is the stuff of alchemy.

“The magic is this well I can draw from; you can’t necessarily see it, you just have to believe that it’s there,” he says. “If you believe, then you can reach your hand down in there and get it wet. But if you don’t feel like it’s there, it won’t be.”

Son Little, the singer and songwriter born Aaron Livingston, is the easygoing musical alchemist of our time. He is a conjurer, and much like those of his heroes Stevie Wonder and Jimi Hendrix, his songs are deconstructions of the diaspora of American R & B. Deftly he weaves different eras of the sound—blues, soul, gospel, rock and roll—through his own unique vision, never forced, always smooth, each note a tributary on the flowing river of rhythm and blues. The currents empty into an estuary, a