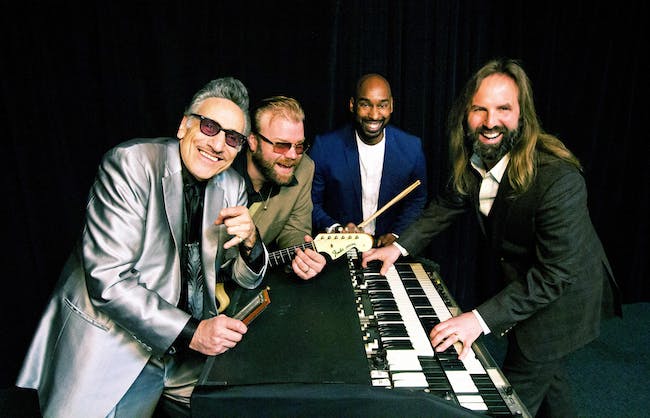 Now, Rick Estrin & The Nightcats return with their fourth studio album, Contemporary. With the band kicking everything up a notch, Estrin and the Nightcats explore some different sounds, instrumentation and grooves, while maintaining the trademark Nightcats style. Produced by Andersen and Estrin and recorded at Andersen’s now-famous Greaseland Studio in San Jose, California, Contemporary delivers twelve surprising, wise-cracking, foot-stomping songs, including nine by Estrin (one co-written with Andersen), one each by Andersen and Farrell, and one obscure Bobo Jenkins cover. From the noir-ish romp I’m Running to the hilarious title track to the sardonic Resentment File (co-written with Estrin’s friend of over 50 years, Joe Louis Walker), Contemporary packs a modern blues punch. According to Estrin, “Recording at Greaseland, we all had so much fun and were so relaxed, the genius ideas just started pouring in from all sides. I really expect this record to blow some minds.”