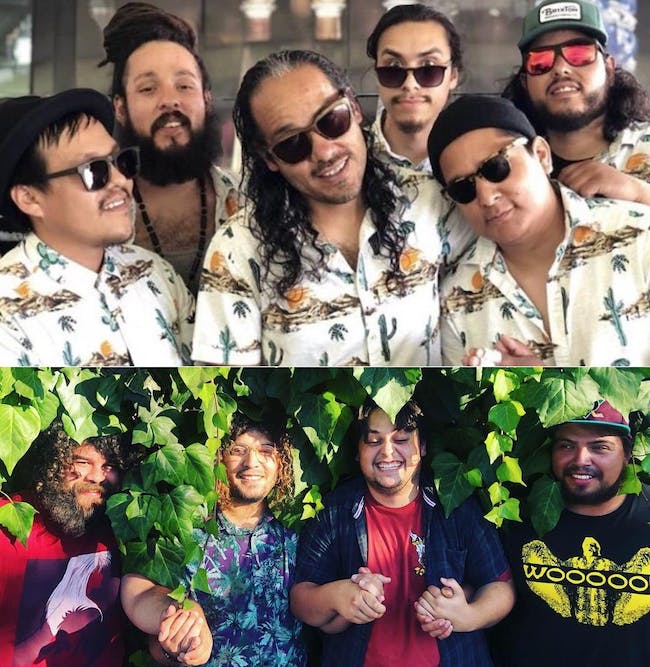 ABOUT QIENSAVE - ¿Qiensave? is a Cumbia Urbana group from Salinas California with their roots stretching back to Michoacán, Mexico. They create high energy dance music that has fortunately blessed them with the opportunity to travel throughout California, Arizona, Mexico, and Colombia.

ABOUT VALLEY WOLF - Made up of ex-mariachi charros, the up-and-coming Latinx troupe surfaced with fuzzy soul and Mexican garage psych with a drizzle of cumbias by way of Modesto, CA . Swirling organs, heavy drums and guitar underscore the songs. Vocally, Jairo Lomeli’s lyrics address socio-political currents of modern Chicanx culture. Songs like “La Perdida” and “Mordidas” resonate of any Latin mother’s Saturday morning cleaning playlist along with other energetic tracks like “Electric Melon” and the cumbia-esque “Bananana,” which will make your peers wonder if you’re a rocker foo or a cumbiero. In October of 2018, Valley Wolf released their self-titled EP engineered by Eduardo Arenas of Chicano Batman.