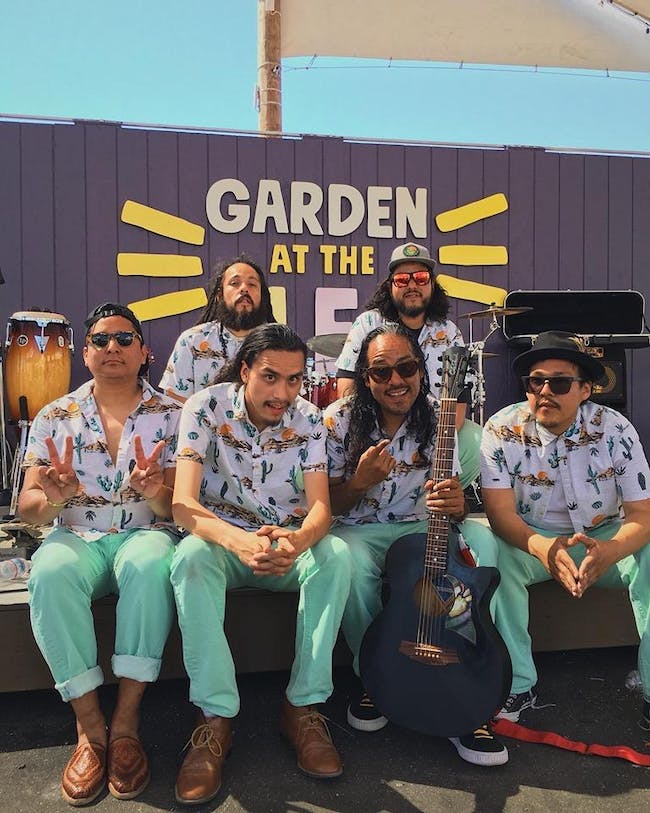 ABOUT QIENSAVE- Qiensave is a cumbia urbana group from central California with our roots stretching back to Michoacan, Mexico. We play high energy dance music that has fortunately blessed us with the opportunity to travel throughout California, Mexico and Colombia. Qiensave has existed as an musical entity since 2009, but within the last few years has picked up steam through touring, releasing their new album " Mujer" wich was produced by world renowned and Latin Grammy nominated musicians and producers suchas as Eric Canales and Sam Pura. Qiensave? has sharing the stage with acts like Celso Pina, La Santa Cecilia, Fuerza de Tijuana, and La Septima Banda to name a few. With the release of our sophomore album Mujer this summer well be hitting the road again to share our love of music and dance with the world, because dancing keeps the body healthy and a healthy body is a healthy spirit.

ROB RAMO Y CALIGENTE is a Bay Area based caribbean music project that combines bilingual lyrics & tropical rhythms with funk & hip-hop beats. We deliver a dance-able and musically engaging show for booty-shakers and listeners alike. Rooted in the music of Puerto Rico, this band composed of boricuas (native islanders) features two female lead singers, a puerto rican cuatro (a creole 10 string guitar) and an excellent percussion section (drumset, congas, bass). Larger versions of the band can include keys and horns. We perform original tunes with deep lyrics that are paired with clever arrangements of popular Latin hits and Soul classics.