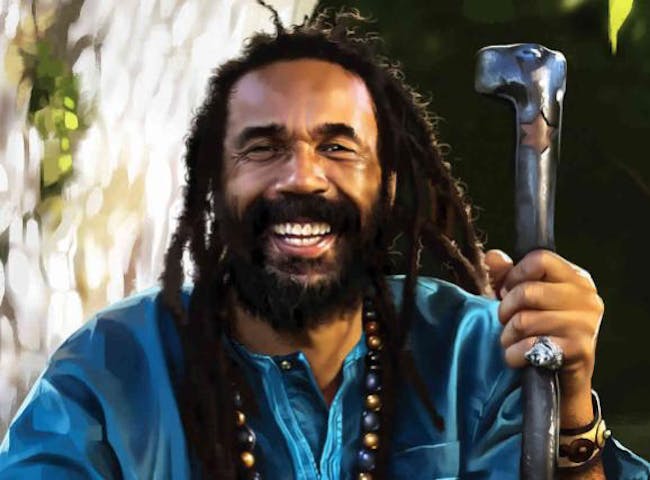 Prezident Brown (Fitz Cotterell) was born in the hills of Clarendon, Jamaica. His mother called him Junior Ranking because he would grab the microphone and chant at schoolyard and country dances. He was first known as Slim Brown because of his resemblance to and similar DJ style to his mentor, U Brown. The most formative influence on Prezident Brown was producer and sound system operator Jack Ruby. Ruby saw something special in young Slim Brown; he took Slim Brown under his wing, re-named him Prezident Brown and appointed him resident M.C. of his Hi-Power Sound System, traveling worldwide.

After the sound system era changed following Jack Ruby’s death in 1989, he began recording with Grove Music, who later founded Irie FM in Jamaica. After that, he recorded with Roof International, Courtney Cole’s label. Eventually it was Barry O’Hare’s label, X-Rated (now World of Music,) that provided a home base for Prezident Brown and helped launch his career in Europe. X-Rated took off just as a massive roots revival swept across Jamaica, washing gun and slackness lyrics out of the dance halls, paving the way for conscious reggae music. Of course Prezident Brown was bound to rise in that kind of climate. He is a champion in the new roots and reality consciousness. Prezident Brown entertains, informs and inspires. His message is pure rasta conscious vibes.