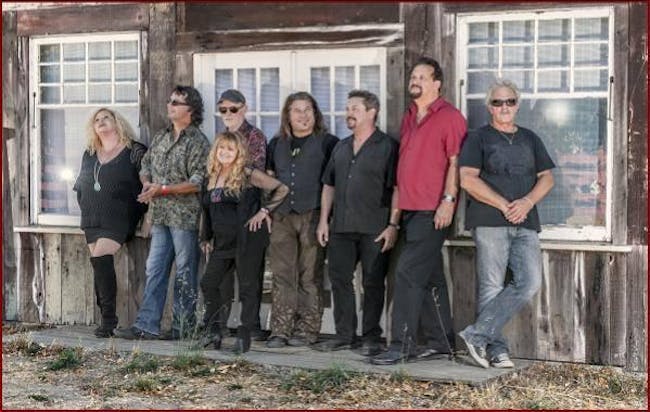 Lydia Pense & Cold Blood debuted when the Fillmore was at its peak as one of the nation's musical Meccas. Owner Bill Graham was so impressed with Lydia's voice and the sound of the band that he immediately signed Cold Blood to his new record label. During the span of six original late-60's, early-70's albums, Lydia Pense and Cold Blood helped, along with Tower Of Power, forge their own specific brand of funk/soul and R&B which came to be known as East Bay Grease. That music still holds up today, proving that great music is timeless and will continue to inspire generations to come.

Cold Blood is one of the original R&B horn bands from the late 60's/ early 70's that exemplified the "East Bay Grease" melding of funk & rock with blues and jazz elements. Lydia Pense has been compared to Janis Joplin, but is a true original and a pioneer in the women's rock movement. Lydia Pense and Cold Blood packed the San Francisco Ballrooms in their heyday, but that was then and this is now. In the now, Lydia Pense and Cold Blood still fill halls with cheering, dancing, foot-stomping fans. Far from fading over the years, Cold Blood has flourished.