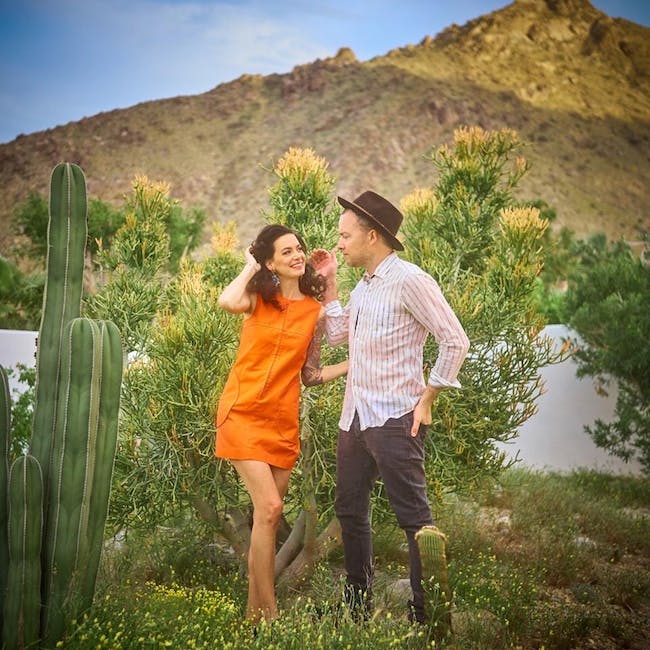 ABOUT LITTLE HURRICANE: There's so much fire and spit spewing out of Little Hurricane songs that you're fairly sure that they've ticked off the devil and they're on the wrong list. This gritty 21st century blues-rock duo out of San Diego, California, formed when guitarist and vocalist Anthony "Tone" Catalano answered a Craigslist ad posted by drummer Celeste "CC" Spina. They shared a common interest in both the blues and vintage musical equipment and their ragged, passionate sound evolved almost instantly. After extensive touring in the U.S., Canada, and Europe, and 3 studio records, the band took some time off to give birth to their baby boy in late 2017. The pair is set to release a brand new much anticipated full length studio album via Death Valley Records on August 9th, 2019.

ABOUT BOBCAT ROB & THE NIGHTLY HOWL: Bobcat Rob is an American Songwriter with a voice likened to honey drizzled over burning coals. His songs are as uplifting as they are haunting, drawing on visceral truths and common threads to weave captivating tales. From quiet to loud, reserved to explosive, each song carries its own weight and settles deep into the listener.

Bobcat recorded 2018’s A Different Horse at Sonoma County’s Prairie Sun Recording Studio, a legendary spot where several notables have made albums throughout the years, including Tom Waits, Iggy Pop and Wu Tang Clan. The storied studio was an ideal place to record A Different Horse, which marks the his first record with a “more electric full band sound.”

The result of Bobcat Rob’s debut with the Nightly Howl is fully realized alt-country with an approach similar to Uncle Tupelo and Old 97’s; it’s loud and rocking with a dose of twang and sentiment tossed into an Americana-rooted salad.

At the heart of A Different Horse, “Don’t Run,” “Holding On” and “Doorstep” enter highly personal territory that Armenti delivers with a depth that channel Springsteen’s guttural howls throughout The River and Nebraska. Then there’s “You Can’t Bring a Snake to a Knife Fight,” a delicious, two-minute barn dance instrumental led by a Hammond B3 organ.

Now, based out of Santa Cruz, CA, Bobcat continues to tour both as a solo act and with his band, The Nightly Howl.