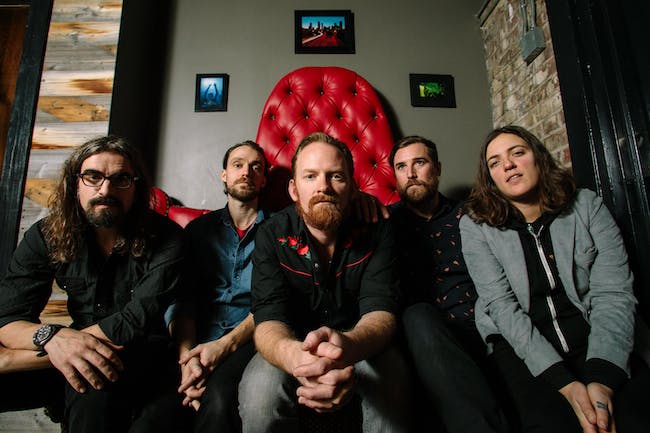 On their fifth full-length, Watching It All Fall Apart, Fruition transform pain and heartache into something truly glorious. With their songwriting sharper and more nuanced than ever before—and their sonic palette more daringly expansive—the Portland, Oregon-based band’s full-hearted intensity ultimately gives the album a transcendent power.

“The songs are mostly breakup songs,” says Asebroek. “There was love and now it’s gone—we fucked it up, or some outside circumstance brought it to an end. It’s about dealing with all that but still having hope in your heart, even if you’re feeling a little lost and jaded.”

In a departure from their usual DIY approach, Fruition teamed up with producer/mixer Tucker Martine (My Morning Jacket, The Decemberists, First Aid Kit, case/lang/veirs) to adorn their folk-rooted sound with delicately crafted elements of psychedelia and soul. Showcasing the sublime harmonies the band first discovered during an impromptu busking session in 2008, Watching It All Fall Apart also finds Fruition more fully embracing their rock-and-roll sensibilities and bringing a gritty vitality to each track. “We’ve been a band almost ten years now, and we’re at the point of being comfortable in our skin and unafraid to be whatever we want as time goes on,” Anderson notes.