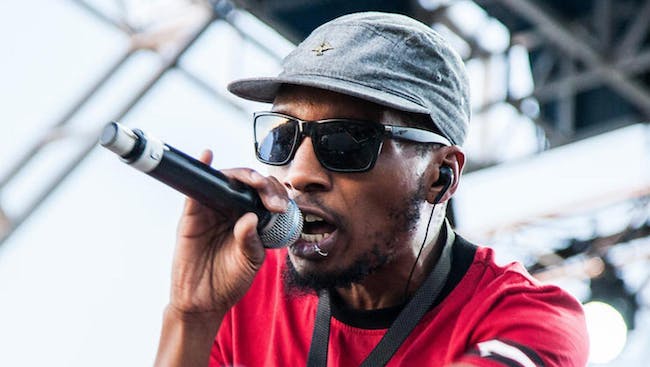 Hailing from Oakland, California, Del and his crew, the Hieroglyphics came out as a markedly non-gansta response to a burgeoning West Coast scene. After being put on at the tender age of 17 by his cousin Ice Cube, Del released two records on Elektra, I Wish My Brother George Was Here (1991) and No Need For Alarm (1993). Despite record sales in the hundreds of thousands, he recorded a third album, Future Development, which was never commercially released. Del parted with Elektra and started work on the Hieroglyphics family album, 3rd Eye Vision (Hiero Imperium, 1998). Hiero went on the road and toured incessantly in support of the album for much of 1998. Del also spent a good portion of his time drawing, practicing Japanese, and playing mass amounts of video games. Finally ready to unleash a new record on the world, Del comes with BOTH SIDES OF THE BRAIN. Seventeen tracks of pure Del. He says of his work on this album had complete control. At times, Del has felt restrained by the formulas in hip hop and the expectations fans place upon emcees who have had hits. I wish that I had the same freedom that someone like Bjork has when she puts out an album. Apart from collaborations with PrincePaul, El-P (Company Flow), and help from a few of his Hiero co-horts (A-plus, Casual, Domino) Del handled the majority of production on this album. By staying true to himself, Del has earned legions of adoring fans. He may have said it best in his classic, Mistadobalina, when he declared, "it's all in the mind and the heart" Indeed.