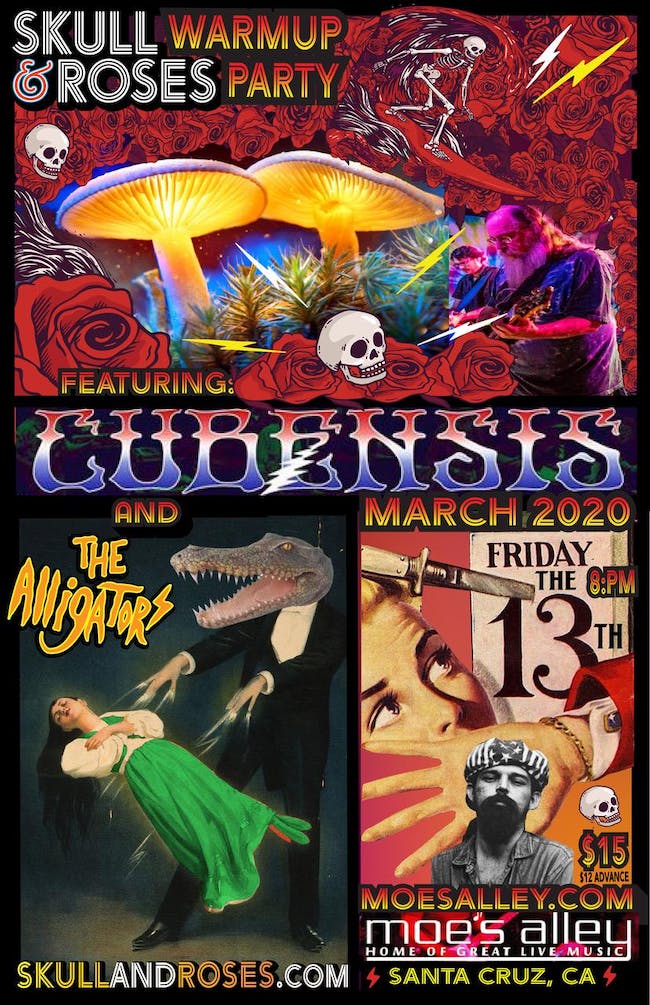 CUBENSIS- Since 1987, Los Angeles-based band CUBENSIS has carried the torch in celebration of one of America’s most beloved touring bands, the Grateful Dead. CUBENSIS brings the Grateful Dead concert experience back to life. Drawing from all eras of the Dead, the band performs full sets of Grateful Dead and Jerry Garcia Band classics that retain all the spontaneous exploratory jamming for which the bands were renown. However, the music produced is uniquely Cubensis.

The group has been acclaimed for giving new life to the Grateful Dead’s material, bringing in new styles, new innovations, and new jam band enthusiasts, while at the same time remaining loyal to the original music and the original fans. The band is a study in ensemble playing, and its members feed off each other’s energy, pushing one another into high gear with integrated parts that answer and complement the other.

The band’s repertoire consists of high-octane versions of the often-neglected Pigpen songs that are the bedrock foundation of Grateful Dead music. They don’t stop there, however, and one is never sure what may materialize in their barn-burning performances.

Their energetic stage show is anchored by Lead Singer, PETE CARONA, who’s unique style is Pigpen-esque but in no way presented as an impersonation. The Alligators play year-round spreading the SKULL & ROSES spirit to fun-loving, ass-shaking, boogie-woogie, hippie folk all throughout the land.