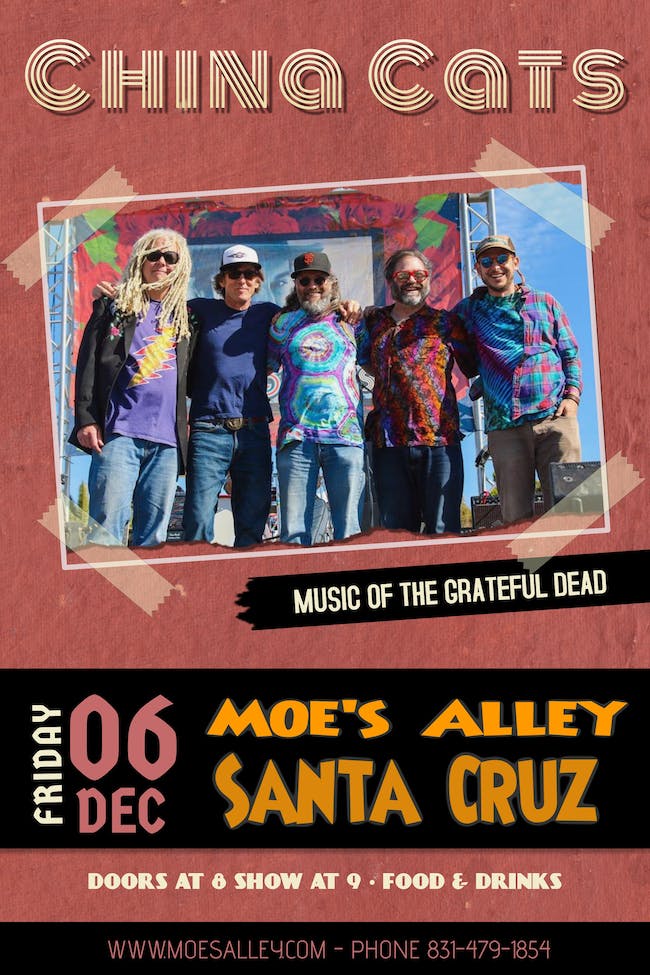 Performing for nearly a decade and nearly 200 shows, China Cats continues the musical tradition of the Grateful Dead while throwing a new kind of gasoline on the fire. On any given night the band will play songs from throughout the Dead's 30-year repertoire. Their joy and enthusiasm for making music together is so contagious that the band has featured guest appearances from Grateful Dead alum, including original member Donna Jean Godchaux-MacKay. Melvin Seals of the Jerry Garcia Band has sporadically joined the band since 2013. China Cats performs throughout California including a recent series at Terrapin Crossroads in San Rafael, which belongs to Dead bassist Phil Lesh.

Each performance is a new, communal journey. Band members seek out a unique style and sound while paying homage to the spirit of the Dead.

On these tunes, there are certain things that are specific, and certain things that are wide open to interpretation," guitarist Matt Hartle told the San Jose Mercury News. "It's never about going back. It's always looking to the present moment that we're having. We're not playing the 1973 version of the song or the '79 or the '92 version. Every time the China Cats play a song, it's a new experience."