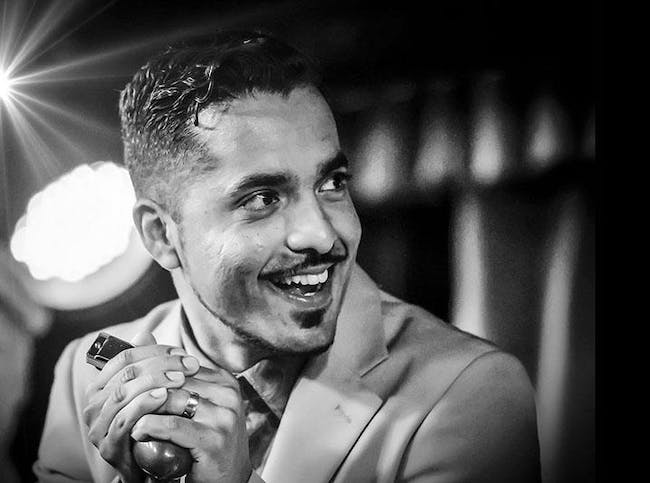 Aki Kumar- Indian-born, San Jose-based Aki Kumar, aka "The Only Bombay Blues Man," left his home in Mumbai with the intention of working as a software engineer in Silicon Valley. Then he discovered the blues, and his life dramatically changed.

With his Little Village Foundation debut, Aki Goes to Bollywood, he began integrating elements of Indian music into his musical and visual presentation, making for a multi-cultural mash-up that sounds like no one else, yet never loses touch with its blues foundation. Kumar's follow-up album, Hindi Man Blues, boasts his most ambitious cross-cultural fusion to date, and features liner notes by veteran blues great Charlie Musselwhite. Kumar has performed at Hardly Strictly Bluegrass festival, has been featured on PRI "The World," and has toured in Russia and Scandinavia.

Kumar's visionary stylistic mix has already won him widespread attention. Now, after spending more than a decade developing his sound with the help of some of the Bay Area's finest blues players, Aki Kumar continues to take his love for the blues to new and fascinating place.